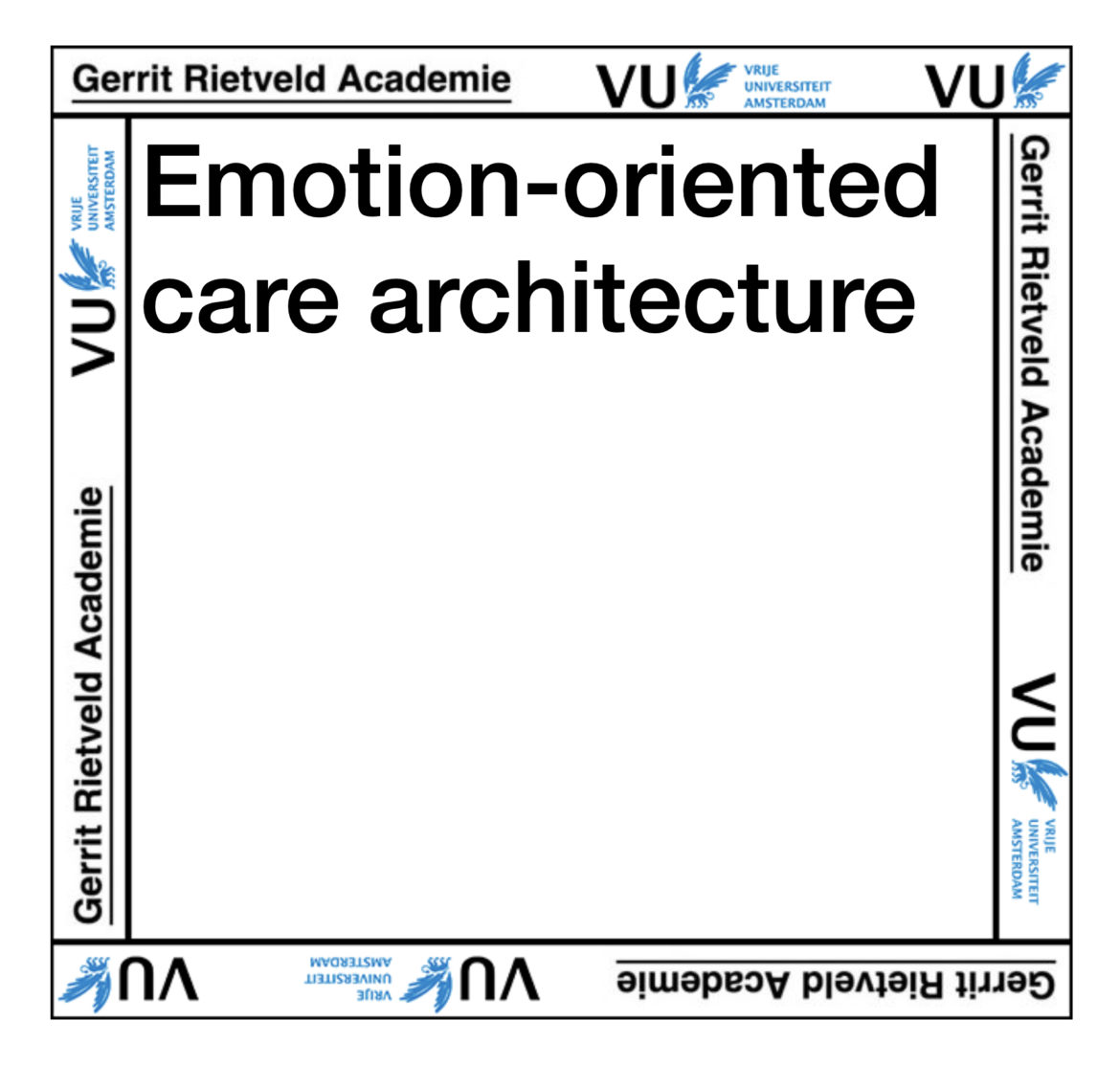 Voiceblind: Matters of Methodology (podcast series) with Henri Snel about Alzheimers and the role that architecture can play in relation to the quality of life for people with dementia

To make the practices of the researchers in the network tangible through their voices, in times where all are separated and rather invisible, yet ready to be heard, the Voiceblind podcast emerged. Interview packages with voice-recorders and questions were delivered to doors: people sat in parks, under blankets, eating breakfast, asking critical questions to themselves about their ways of working. Voiceblind takes the opportunity to move beyond dominating sounds in order to share and explore a multiplicity of voices within art and research.

Credit where credit is due to Morgane Billuart, VAV Design Graduate of the Gerrit Rietveld Academie who realised this project. The name is derived from Nick Couldry’s criticism regarding the current ‘crisis of voice’ in neoliberal democracies. And a big thank you to all the people who took their time to participate: Henri Snel, Miriam Rasch, René Boer, Špela Petrič, Nikita Maheshwary, Mariana Lanari, Alison Isadora, Caro Verbeek, Mike O’ Connor, Liang-Kai Yu, Nina Littel, and Christina Della Giustina.

Manage Cookie Consent
To provide the best experiences, we use technologies like cookies to store and/or access device information. Consenting to these technologies will allow us to process data such as browsing behavior or unique IDs on this site. Not consenting or withdrawing consent, may adversely affect certain features and functions.
Manage options Manage services Manage vendors Read more about these purposes
View preferences
{title} {title} {title}