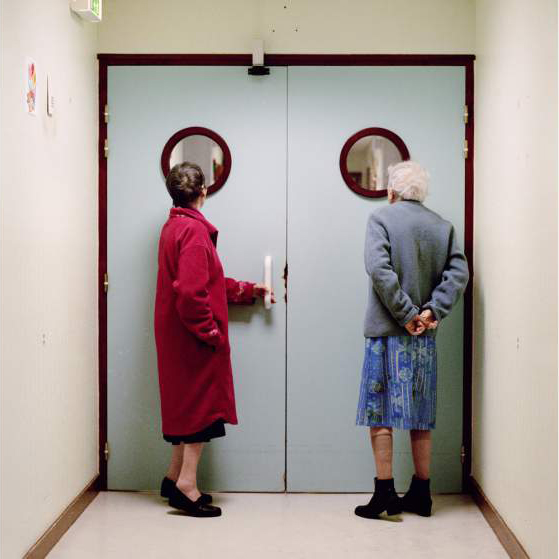 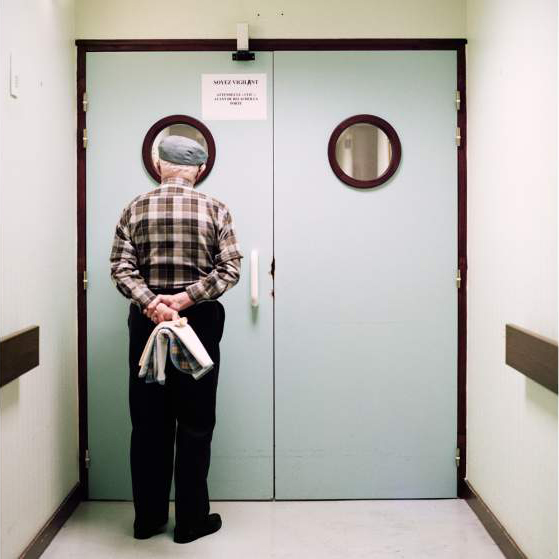 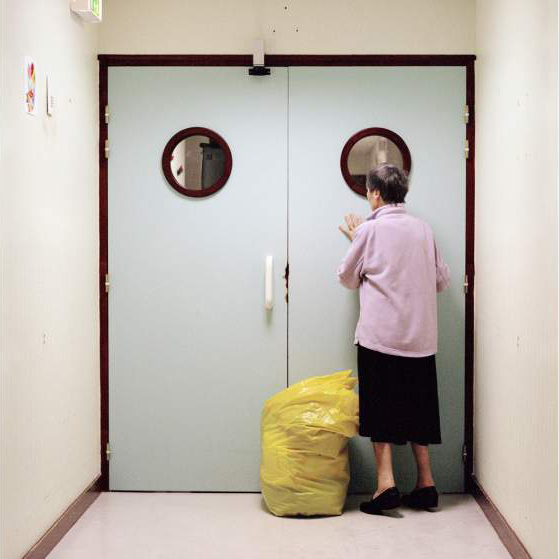 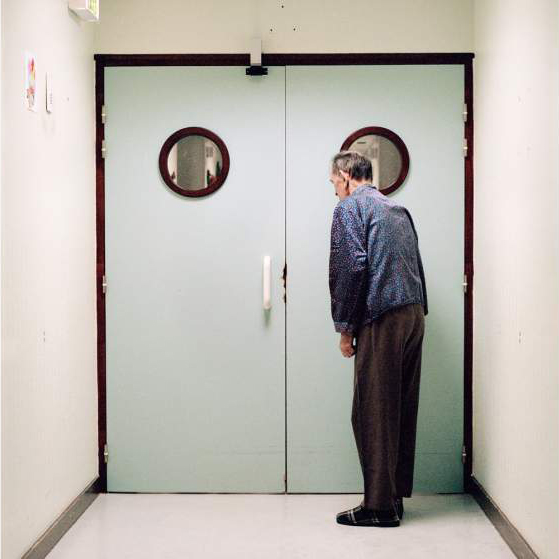 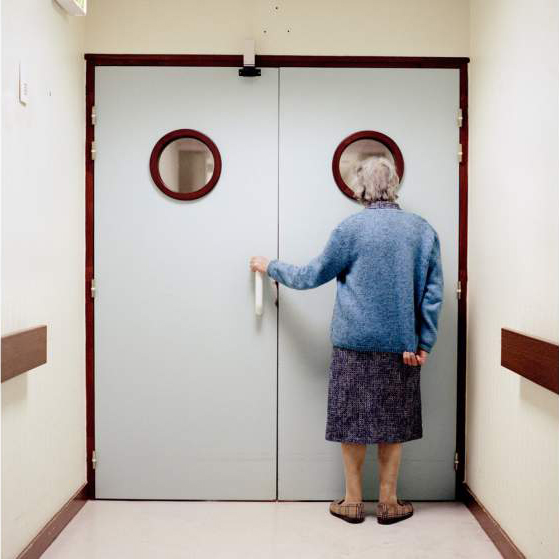 Photographer Maja Daniels spent three years documenting the residents of an Alzheimer’s ward in France, creating portraits that convey the frustrations and challenges of living with dementia.

On her first visit to the French hospital in 2007, photographer Maja Daniels noticed two elderly residents trying to get her attention through the port-hole-shaped windows of a hallway door. The door, she later discovered, was the entrance to a locked Alzheimer’s ward and the patients who lived there were to become the subjects of a three-year documentary-photography.
The final collection of photographs of the ward and its residents, titled Into Oblivion, is an effort to convey the daily life and struggles of the French Alzheimer’s patients, while also bringing up issues surrounding geriatric care. “I want to motivate people to think about current care policies and the effects it can have on somebody’s life,” Daniels said.
Because Alzheimer’s disease causes memory loss and confusion, Daniels could not get consent directly from the patients she photographed. Instead, she spent nearly two years clearing authorizations with the hospital and the families and legal guardians of the residents. Daniels also had to consider the ethics of documenting subjects who were not able to fully understand what she was doing. “I felt very uncomfortable at times,” she said. “I justified my presence by spending most of the time in the ward with the residents, just like any other volunteer.”
Daniels spent many hours just sitting with residents while she tried to find a dignified way to present them and their situation. The end result of these efforts is a collection of simply composed photographs that are both beautiful and heartbreaking.
Chipped and worn from years of escape attempts, the door through which Daniels originally encountered the ward is a central theme in her photographs. Residents are pictured peeking through its glass, rapping on its windowpanes or jiggling its white plastic handle.
“Sometimes a resident can remain by the door for hours trying to open it,” Daniels explained. “It becomes the center of attention by the residents who wonder why it is closed and why they are unable to open it.”
After completing the series, Daniels shared her pictures with the French ward’s staff and residents’ families. She noted that staff members were surprised by the photographs of the door. “They had never contemplated its symbolic value and had just seen it as a necessity,” said Daniels. “The images led to important discussions around notions such as care and selfhood.”
Maja Daniels is a London-based photographer.

Henri Snel was participating in the summer school Thinking City about: Health and the City

Manage Cookie Consent
To provide the best experiences, we use technologies like cookies to store and/or access device information. Consenting to these technologies will allow us to process data such as browsing behavior or unique IDs on this site. Not consenting or withdrawing consent, may adversely affect certain features and functions.
Manage options Manage services Manage vendors Read more about these purposes
View preferences
{title} {title} {title}